Researchers develop a way for consumers to burn excess fat 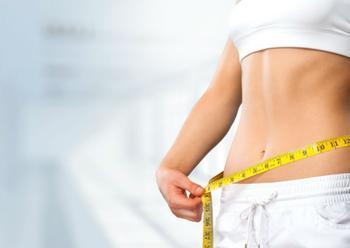 Consumers looking to lose weight may have spent countless hours in a sweltering gym trying to burn away excess fat. But is there an easier way to melt away the pounds that isn’t so labor-intensive and time consuming?

Perhaps not yet, but scientists at the University of Bonn believe that they have a potential answer. Dr. Alexander Pfeifer and his fellow researchers have been researching how to burn away fat for years, and a recent study using mice shows that making changes at the cellular level could make it possible.

The process involves converting unwanted white fat cells into brown slimming cells that consume energy. The difference between the cells is that the latter is packed with much more mitochondria, the so-called “power stations” of the cell. These extra reserves of mitochondria take white fat cells and use them to produce thermal energy, effectively burning them away.

During the study, the researchers converted white fat cells into brown slimming cells in mice and found that the subjects lost a significant amount of weight after the process was completed. Additionally, they found that combining this process with certain active ingredients reduced the number of white fat cells and increased the number of brown slimming cells, which accelerated the fat burning process. This gives some hope that this kind of therapy could be used to combat obesity and obesity-related health conditions, such as joint problems, diabetes, and cardiovascular diseases.

Problems to work out

While the findings are encouraging, Pfeifer and his team say that there are some complications that need to be worked out with the process, specifically when used with obese subjects.

Currently, the use of the certain active ingredients kicks fat burning into overdrive, but certain types of fat have proven to be more resistant due to inflammation. Specifically, the researchers noted that subcutaneous fat – the kind found closest to the surface of the skin – was affected normally by the therapy, but deeper-lying abdominal fat was more problematic.

The researchers found that subjects with this deeper-lying fat had much more inflammation than those who didn’t, and that inflammation effectively shuts down and blocks the pathways that the therapy uses to turn white fat cells into brown fat cells. Additionally, the risk of this kind of inflammation is already high because it promotes cardiovascular diseases, which makes the problem twice as bad, the researchers said.

While a concrete solution has not yet materialized, researcher and lead author Abhishek Sanyal believes that halting the abdominal fat’s inflammatory response while simultaneously administering the therapy’s active ingredients could be a good starting point for tests.

The full study has been published in Cell Reports.