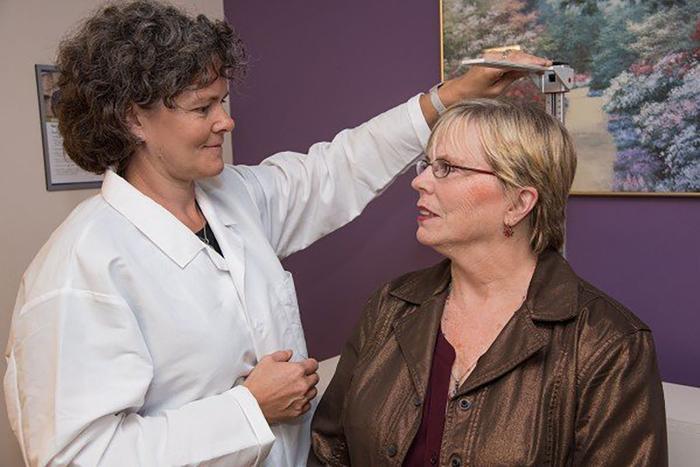 A lot of people go out of their way to eat extra protein. Dieters, in particular, think that eating more protein helps them stave off hunger and prevent the loss of muscle tissue that often comes with weight loss.

But is this really a good idea? In a study of 34 postmenopausal women with obesity, researchers at Washington University School of Medicine in St. Louis found that eating too much protein eliminates an important health benefit of weight loss — improvement in insulin sensitivity, which is critical to lowering diabetes risk.

“We found that women who lost weight eating a high-protein diet didn’t experience any improvements in insulin sensitivity,” said principal investigator Bettina Mittendorfer, PhD, a professor of medicine. “However, women who lost weight while eating less protein were significantly more sensitive to insulin at the conclusion of the study. That’s important because in many overweight and obese people, insulin does not effectively control blood-sugar levels, and eventually the result is type 2 diabetes.”

In fact, the researchers say, insulin sensitivity is a good marker of metabolic health, one that typically improves with weight loss. In their study, the women who lost weight while consuming less protein experienced a 25 to 30 percent improvement in their sensitivity to insulin.

Many dieters think that consuming extra protein can help preserve lean tissue — muscle, in other words — allowing them to lose fat without losing muscle. But Mittendorfer’s findings don’t support that belief.

“When you lose weight, about two-thirds of it tends to be fat tissue, and the other third is lean tissue,” Mittendorfer said. “The women who ate more protein did tend to lose a little bit less lean tissue, but the total difference was only about a pound. We question whether there’s a significant clinical benefit to such a small difference.”

While the difference in muscle mass loss was slight, the same wasn’t true of metabolism. The women who ate the recommended amount of protein saw big benefits in metabolism, led by a 25 to 30 percent improvement in their insulin sensitivity. That can lower the risk for diabetes and cardiovascular disease. The women on the high-protein diet, meanwhile, did not experience those improvements.

“Changing the protein content has very big effects,” Mittendorfer said. “It’s not that the metabolic benefits of weight loss were diminished — they were completely abolished in women who consumed high-protein diets, even though they lost the same, substantial amounts of weight as women who ate the diet that was lower in protein.”

The study included 34 obese women 50 to 65 years old. Although all were obese, none had diabetes at the time of the study. They were placed in three groups for the 28-week study — a control group, a group that ate the recommended date allowance of protein, and a third group that ate more protein.

It’s still not clear why insulin sensitivity didn’t improve in the high-protein group, and Mittendorfer said it’s not known whether the same results would occur in men or in women already diagnosed with type 2 diabetes. She plans to continue researching the subject.

The findings became available Oct. 11 in the journal Cell Reports.